10 of most influential women in global education

For International Women’s Day 2018 Bridge celebrates these 10 women, among many, who are working right now to reach the 130 million girls who are out-of-school around the world.

Across sub-Saharan Africa 32% of girls of primary school age are out-of-school, rising to 76% in South Sudan.

It’s vital that we reach every child who is out-of-school but especially girls. According to the World Bank, “Girls’ education is a strategic development priority. Better educated women tend to be healthier, participate more in the formal labour market, earn higher incomes, have fewer children, marry at a later age, and enable better health care and education for their children, should they become mothers. All these factors combined can help lift households, communities, and nations out of poverty.”

So, here’s our Top 10 women in global education

The 11th Director-General of UNESCO, Azoulay has promised to “promote education and take full advantage of the opportunities provided by digital.” In response to uncertainty around UNESCO’s future, following the U.S. very public departure in late 2017, Azoulay pledged to “support, strengthen and reform” the organisation, not abandon it.

Georgieva believes that “Gender equality starts with getting girls in school, keeping them there, and making sure they learn.” As CEO, she oversaw the publication of the World Bank’s inaugural education report published in 2017: LEARNING to Realize Education’s Promise. Under Georgieva the World Bank has been pushing hard for innovative solutions to tackle the learning crisis and ensure that all children can access the education they deserve.

Julia Gillard, Chair of Board of Directors, Global Partnership for Education

Julia Gillard was first female Prime Minister of Australia before joining the Global Partnership for Education (GPE) as Chair of the Board of Directors in 2014. The GPE has just lead a campaign which saw an increased funding commitment by World Governments of $2.3 billion to education.

Before becoming Prime Minister, Gillard was Education Minister where she “reformed Australia’s education at every level from early childhood to university education.” She is also a Distinguished Fellow at the Center for Universal Education at the Brookings Institution.

Henrietta Holsman Fore is the seventh Executive Director of UNICEF, and the third female in the top job; having championed economic development and education across a non-profit leadership career that’s spanned four decades. She’s served as the Administrator of the U.S. Agency for International Development (USAID) and Director of United States Foreign Assistance. The first woman to serve in these roles, she was responsible for managing $39.5 billion of U.S. foreign assistance annually.

As CEO and Executive Director of the United Nations Global Compact, Kingo is managing the world’s largest corporate sustainability initiative with more than 13,500 signatories (including Bridge)from 170 countries that have committed to aligning strategies and operations with universal principles on human rights, labour, environment, anti-corruption, and taking actions that advance societal goals. Using the private sector to deliver social good in partnership has the ability to positively impact the SDG goals. 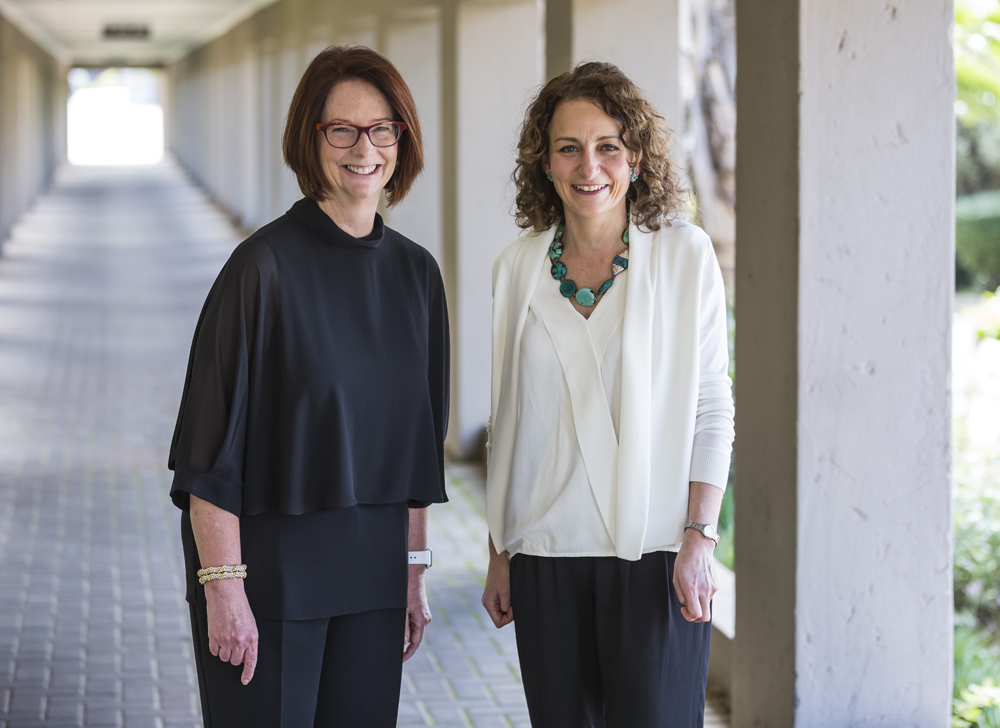 For decades, Lucy (pictured right) has led the development of the Campaign for Female Education (Camfed) programs to become a recognised model of investment in girls’ education through which it’s educated young women take the reins and go onto lead change for the younger generation of girls. Last year alone, more than 2.5 million girls directly benefited from Camfed’s programs. Lake is also a founding member of the Global Advisory Committee of the United Nations Girls’ Education Initiative (UNGEI). Mlambo has been Under-Secretary-General and Executive Director of UN Women since August 2013. Prior to this from 2005 to 2008, she served as Deputy President of South Africa, overseeing programmes to combat poverty and bring the advantages of a growing economy to the poor, with a particular focus on women. An active participant in the struggle to end Apartheid, she began her career as a teacher and has since dedicated her life to human rights, equality and social justice. A longtime champion of women’s rights, she is affiliated with several organisations devoted to education, women’s empowerment and gender equality. 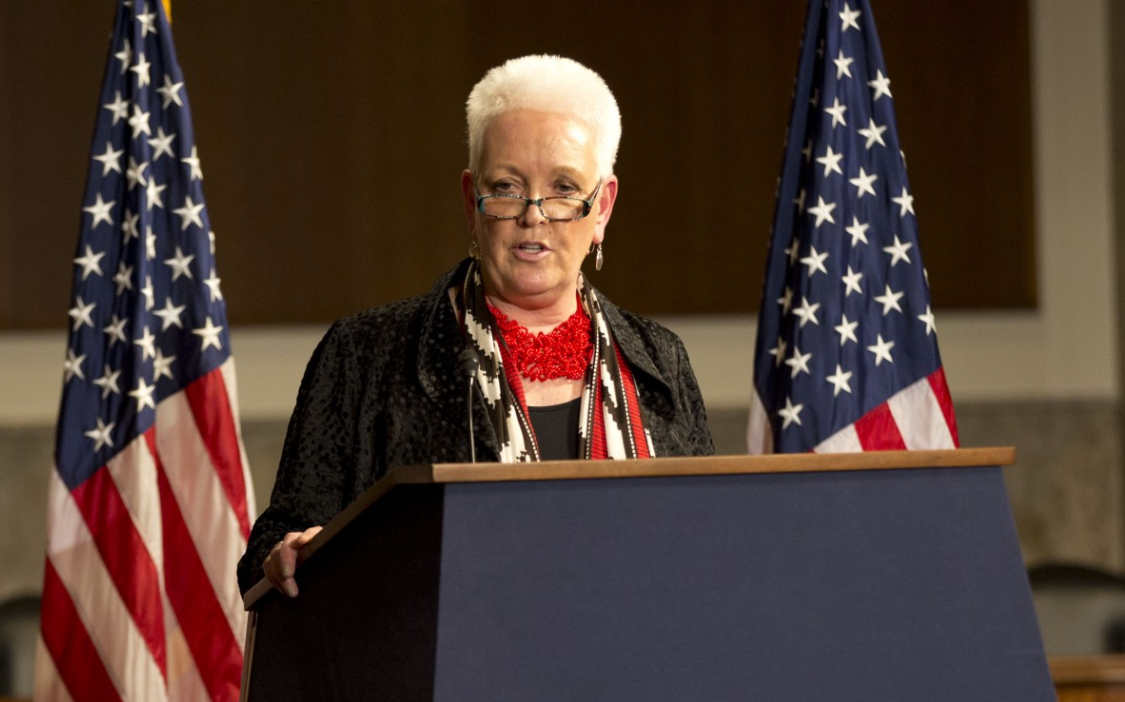 Prior to becoming President and Chief Executive of the nine million member ONE Campaign, Smith was the top adviser to two U.S. Presidents on development issues. In her most recent role, Administrator of the U.S. Agency for International Development (USAID). She believes: “If we stand together as united as we have been in crises around the world, we can turn the tide against the erosion of humanitarian principles.”

Dr Liesbet Steer played a lead role in the September 2016 report “The Learning Generation: Investing in Education for a Changing World” and now leads on implementing its recommendations. Her work includes the design of the International Finance Facility for Education (IFFEd), the introduction of reform and results based approaches in Pioneer Countries, a new Education Workforce Initiative and the development of global accountability measures.

Education activist, Malala Yousafzai, gained international attention in October 2012 when she was shot in the head after defying a ban on girls attending school imposed by the Afghan Taliban, which “made its opposition to a proper education for girls a cornerstone of its terror campaign.” In 2014 she co-founded the Malala Fund, an organization that, through education, empowers girls to achieve their potential and become confident and strong leaders in their own countries. Currently residing in Birmingham, United Kingdom, Yousafzai was jointly awarded the Nobel Peace Prize in 2014. At age 17, she became the youngest person to receive this prize. Accepting the award, Malala reaffirmed that “This award is not just for me. It is for those forgotten children who want education. It is for those frightened children who want peace. It is for those voiceless children who want change.” Find out how Bridge is empowering women and girls.

Who is Audrey Azoulay? New Director-General of UNESCO

Read More women in the boardroom? Start with more girls in the classroom

Read Pressing for Progress through Gender-sensitive teaching; What it means to do it the Bridge way

Find out more or adjust your settings.

This website uses cookies so that we can provide you with the best user experience possible. Cookie information is stored in your browser and performs functions such as recognising you when you return to our website and helping our team to understand which sections of the website you find most interesting and useful.

Strictly Necessary Cookie should be enabled at all times so that we can save your preferences for cookie settings.

If you disable this cookie, we will not be able to save your preferences. This means that every time you visit this website you will need to enable or disable cookies again.